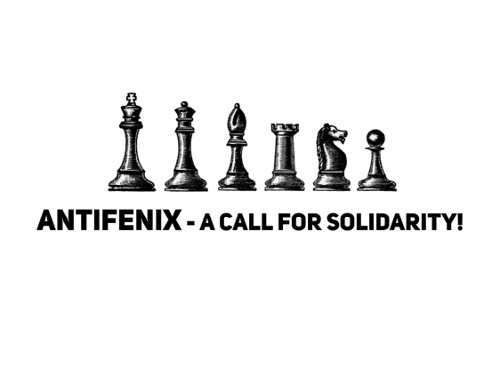 In May 2015, the state began Operation Fenix, a campaign of repression against anarchists and liberatory activists. Dozens of people were arrested and interrogated, websites were taken down, computers seized, houses raided.

Now, 18 months later, the Czech state’s campaign of terror has not ended, but neither has the campaign of solidarity and unity of the radical movement in the face of this repression.

Come to Kebele on the 30th of October, after Sunday dnner, and learn about how people have stayed strong and supported each other, and what we can do to support them in our turn. There will be a member of the antirepression group Antifenix speaking, so don’t miss out on this chance to come along and hear about it firsthand!