This page shares details of people in prison who would appreciate letters and solidarity. There is info on them and their cases, links to websites and their current addresses.

Last updated: 4th December 2022. Please note this list changes – someone may have been released or they may wish to pause receiving mail to focus on education inside or for other personal reasons. 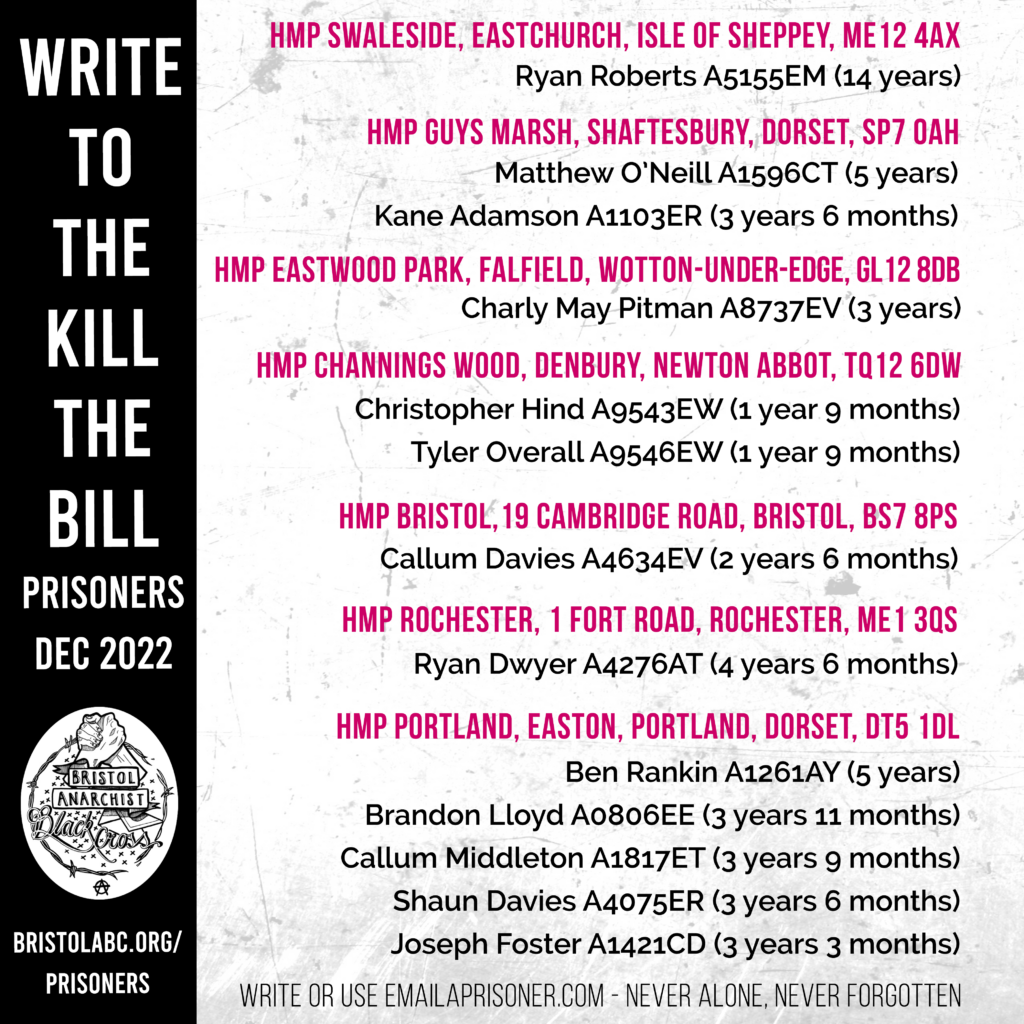 Billy is a Welsh trans and queer prisoner in HMP Eastwood Park, he loves: fashion; animals; fairies and paganism. If you get in touch, please be clear about whether you will be writing regularly/ if its a one off card/ letter.
Current address: Billy Ross A0048AZ, HMP Eastwood Park, Falfield, Wotton-under-Edge, GL12 8DB.
Website: https://linktr.ee/anticarceral.funds

Dwayne is a Black and Muslim long-term prisoner who has just got back to main location after being in solitary confinement in the segregation units of the most racist prisons in the country for over a year. No matter how bad things are for him, Dwayne always offers support and solidarity to others inside.
Current address: Dwayne Fulgence A2480AN, HMP Whitemoor, Longhill Road, March, PE15 OPR.
Website: https://linktr.ee/anticarceral.funds 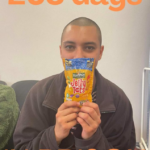 Jellytot is a HS2 campaigner that was sentenced to 268 days in prison for breaching a HS2 injunction . He is in HMP Dovegate until 3rd Feb 2023 and is welcoming messages (via an email managed by some friends) and donations to his support campaign. 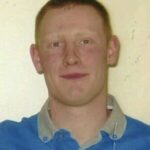 John Paul Wootton is a vegan anarchist prisoner and IWW/IWOC member, wrongfully convicted of the murder of a police officer in the “Craigavon 2” case, after a trial before a “Diplock” court, a secret military court with no jury. The case has been supported as a miscarriage of justice by high profile campaigners, legal experts & human rights activists. The prosecution used discredited witnesses, inconclusive forensics, and tampered evidence to secure a conviction that does not stand up to scrutiny. Security services destroyed evidence, intimidated witnesses and defence lawyers.
Current address: John Paul Wootton, Braid House, HM Prison Maghaberry, 17 Old Road, Lisburn, BT28 2PT
Website: https://www.jftc2.ie/

Kevan Thakrar was wrongfully sentenced to a lifetime in prison in 2008, and has been fighting for his freedom ever since. He is one of the prolific prisoners in challenging prison conditions, racism and injustice. He has been subjected to severe torture and solitary confinement in the UK’s most highest security prisons – Close Supervision Centres that act as prisons within prisons. He continues to fight for his appeal. He appreciates letters and support via action alerts.
Current address: Kevan A4907AE, HMP Belmarsh, Western Way, London SE28 0EB.
Website: https://justiceforkevan.org/ 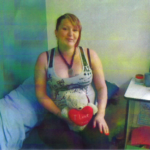 Samantha Faulder was wrongfully sentenced to a life in prison, she has served over 15 years while fighting for an appeal despite huge barriers in the legal system. She is an anarchist who constantly supports other prisoners get through their sentences. Sam’s story highlights intersecting challenges of mental health, trauma, addiction and a corrupt criminal justice system in which there is no even playing field. She was diagnosed with cancer in 2016, beginning a long journey of medical neglect in the prison system where access to treatment faced significant delays and disruption. One Sodexo-run prison cancelled more a total of 9 hospital appointments. She loves post with silly pictures, nature images and pagan spirituality.
Current address: Samantha Faulder A1209CF, HMP Eastwood Park, Falfield, Wotton-under-Edge GL12 8DB Siyanda Mngaza, is a young 22-year-old black woman from Caerphilly, South Wales. Aged 20 Siyanda was the victim of a vicious racist attack that took place on the 25th May 2019 at a camping site in Brecon, Wales. During the brutal attack, they left her with a severe black eye and marks on her face. Siyanda was left with no choice but to defend herself. As a result, and following in the tradition and tragic history of institutional racist policing responses to racist attacks, that sees victims arrested instead of perpetrators Siyanda was charged with GBH with intent by Dyfed Powys Police. After an appalling biased police investigation and many evidential flaws and errors, Siyanda was eventually convicted and unbelievably jailed for 4.5 years.
Website: https://freesiyanda.com/
Donate: https://www.crowdjustice.com/case/free-siyanda/
Current address: Siyanda Mngaza, HMP Eastwood Park, Falfield, Wotton-under-Edge GL12 8DB 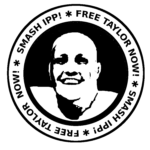 Taylor was  murdered by the state. He took his own life after serving 14 years of an indeterminate prison sentence that ultimately was a death sentence. His death should trigger resistance and rebellion inside and outside of prisons everywhere. We have no investment in his inquest, or that the state can deliver any kind of justice. Taylor’s death should be a call to arms to abolitionists and anarchists all over the world.

With rage in our veins and love in our hearts, until every prison turns to ash. Taylor: you were our best guy. Our queer family will forever miss you. You will never be forgotten and the state will never be forgiven. Read our statement about Taylor here. 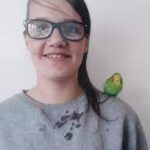 Taz got handed an IPP sentence when she was only 15 years old, treated as an adult in the Crown Court now, almost 30, she is coming up for parole and is excited to build a life outside and support her friends and others who remain inside the prison system. Please send her cards and messages of support! Taz loves: budgies, baking, arts and crafts.
Current address: Neurika Baguley A3846AG, HMP Foston Hall. Foston, Derby, DE65 5DN
Website: https://donorbox.org/free-taz 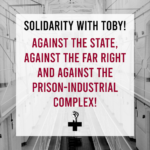 From Brighton ABC: In November 2020 a series of co-ordinated raids against 325.nostate.net were executed by Counter-Terrorism cops in UK as part of ‘Operation Adream’. Several properties in the South-West of England were searched and one person was arrested and charged under the Terrorist Act. The charges are administration of 325.nostate.net, funding of terrorism through the website and dissemination of and collection of material useful to terrorists.

Toby was bailed from November 2020 to February 2021 when he was re-arrested and remanded to HMP Wandsworth in London before his transfer to Bristol. Toby is currently beginning his trial for possession and supply of psychedelic medicines. He has pleaded guilty to possession and supply but on a different basis from the prosecution charges – ie: he has agreed that he was part of a shared community of psychedelic medicine users, not that he was supplying drugs for profit. The state has, at the last minute (last Friday Oct. 1st) dropped the charges of terrorism. To try and make up for their failures and stupidity with regard Toby, they are looking for a harsh sentence for the medicines (they are calling for 8-10 years). Toby’s defence is confident, but the case is still ongoing.

The attack on 325.nostate.net is a landmark attempt by the state to silence dissent and radical critical thinking and can be seen as part of the general crackdown in the UK against protest, counter-information and alternative thinking and lifestyles as evidenced by the Police, Crime, Sentencing and Courts Bill 2021 (which resulted in the Kill the Bill protests), the Covert Human Intelligences Sources (Criminal Conduct) Act 2021 which extends the powers of spycops and the reforms of the Judicial Reviews procedure.

UPDATE: Toby was sentenced to 3 years 9 months in prison for 8 drug offences at Bristol Crown Court on October 13, 2021 after the Terrorism charges were dropped. He has already served 8 months of this sentence on remand.
Toby remains in good spirits and hopes to delay being transferred to another prison until he has had his annual MRI scan for cancer which is scheduled for this month with his medical team in Bristol, so please continue to send letters of support.

NB: Toby is only allowed to send out 3 letters a week from HMP Parc, so you might not receive a reply straight away. Also, we are hopeful that the constant interference with his mail that he suffered in HMP Bristol is not going to continue in Parc.

Bibi is a Muslim woman of colour. She is a survivor of domestic and sexual violence who was imprisoned for defending herself against her violent partner. Bibi is looking for support as she starts her appeal, she is hopeful to be able to rebuild her life and be with her children before too long.
Current address: Zatoon Bibi A9051DQ, HMP Foston Hall, Foston, Derby, DE65 5DN
Website: https://linktr.ee/anticarceral.funds

Bristol ABC is unable to maintain an up to date international prisoner list. Therefore, we’d highly recommend checking out links from ABC and prisoner support groups in different regions. Find a list of ABC groups on our resources page.

International prisoner listings can be found at: