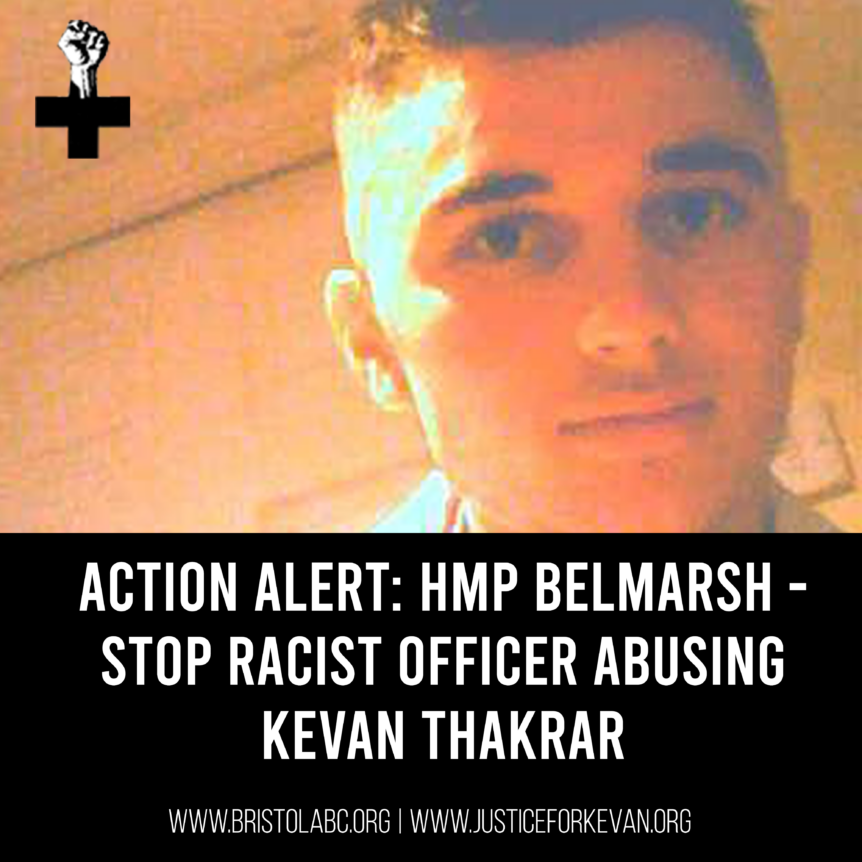 Do the action alert here: https://actionnetwork.org/letters/stop-racist-officer-abusing-kevan-thakrar/

Dog handler Halles has been harassing, and racially abusing Kevan Thakrar in the HMP Belmarsh segregation unit through intentionally depriving him of sleep by shouting racist abuse at him during the night and by being physically aggressive during searches.

On 19th June, the abusive behaviour escalated. Halles tried to provoke Kev into a physical fight by conducting the pat-down search aggressively. When Kev didn’t reply, Halles pushed him over and 7 officers rushed into his cell.

Conducting pat-down searches is not the job of dog-handlers. Halles is intentionally using these searches as an opportunity to be aggressive towards Kevan.

On the 20th June Halles came to Kev’s cell again. With 6 other officers without body-worn cameras. They are intent on provoking Kev to create the opportunity to physically brutalise him.

The prison is aware of this harassment: they claim to be investigating Halles’ behaviour yet continue to give him access to Kevan.

The situation is escalating and being ignored by HMP. As usual, there is no accountability for HMP staff allowing them to continually abuse prisoners.