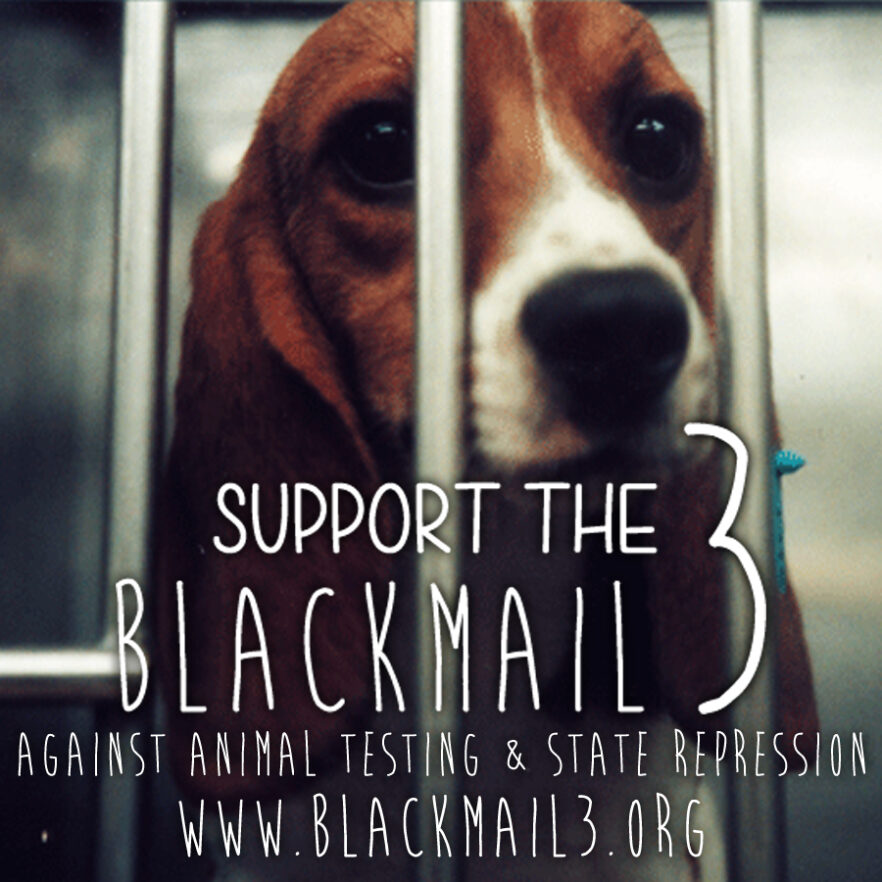 Bristol ABC stand in solidarity with Debbie, Natasha and Sven as three more compassionate people that have experienced state violence for standing up for the 500 animals that are murdered in Huntingdon Life Sciences every day.

The Blackmail 3 are the latest in a line of people facing trial for their role in Stop Huntingdon Animal Cruelty (SHAC). SHAC was a global campaign successfully bringing Europe’s largest contract animal testing company to its knees. It has faced significant repression with multiple raids, arrests, trials and imprisonment of its organisers.

Bristol ABC have committed to supporting Bristol-based defendant Debbie financially, emotionally and politically through her trial. We commend her courage and conviction during this challenging period and stand in solidarity with anyone harmed by the state past or future for fighting for animal liberation.