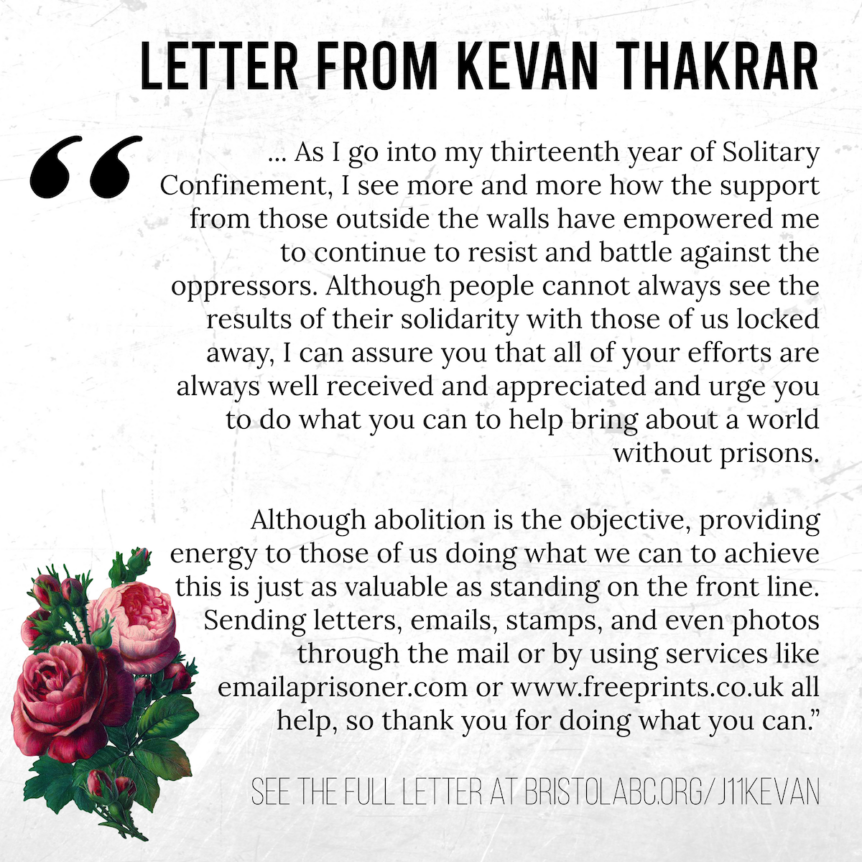 I have been wrongly imprisoned since September 2007 when I aged just 20 years old, and subsequently subjected to a miscarriage of justice which resulted in the infliction of a life sentence with a minimum tariff of 35 years for joint enterprise murder. As it was said in court that I was not convicted for firing the gun responsible for the crime, it is difficult to comprehend how such a sentence can be deemed to be justified.

While actively working to appeal this injustice, I was attacked by prison guards at HMP Frankland with racist motives. As well as for being a person of colour, they also took a dislike to me assisting other prisoners to combat the oppression of the system such as by helping to prepare defences for internal prison disciplinary proceedings, and drafting complaints for the wrongdoing they suffered. After I unsuccessfully attempted to defend myself against this racist gang of prison guards, they concocted false allegations leading to me being wrongly charged with multiple counts of attempted murder against the culprits. I was immediately relocated to solitary confinement, and despite being vindicated by the unanimous Criminal Court verdicts of Not Guilty which subsequently followed I have remained within these conditions managed within what is known as the Close Supervision Centre (CSC)1 ever since.

As I go into my thirteenth year of Solitary Confinement, I see more and more how the support from those outside the walls have empowered me to continue to resist and battle against the oppressors. Although people cannot always see the results of their solidarity with those of us locked away, I can assure you that all of your efforts are always well received and appreciated and urge you to do what you can to help bring about a world without prisons. Although abolition is the objective, providing energy to those of us doing what we can to achieve this is just as valuable as standing on the front line. Sending letters, emails, stamps, and even photos through the mail or by using services like www.freeprints.co.uk and emailaprisoner.com all help, so thank you for doing what you can.