I just watched myself on TV, which I hope is an experience I never repeat. It cheered everyone up on the wing though! I thought I’d write to try and process some of the stuff that’s been happening. But I’m not feeling at my most eloquent (plus I’m obviously limited by my surveillance) so I thought I’d use some of the quotes that have inspired me since being in prison.

Dolly Parton said, “If you want a rainbow, you’ve got to put up with a little rain.” I feel really lucky to have so many folks in my life to weather the storm with and I am happy to have less rain that I thought I would. It saddens me that this may be due to my portrayal as a ‘good girl gone bad’. Why can’t empathy and anger co-exist? To me they are all part of solidarity. I am not special. I just do what feels right for me. I think its because of my gender (and maybe my class) that these distinctions are made.

“When you’ve been afraid of something for long enough and it comes to pass, the terrible thing is a release. For in the belly of the badness there is no more fear.” – Lionel Shriver

It wasn’t until after sentencing that I realised quite how much I had been dreading it. The media, the horrible ‘good vs. bad character’ discussion, my ‘regrets’. The whole thing disgusts me. But now I feel a weary calm.

They say I am ‘too intelligent’ to dislike the police, and that my actions stopped the police from dealing with the causes of domestic violence and child abuse. Do they not realise how many women are in here with me due to these issues being systematically ignored? The whole thing is rotten to the core!

I was unsurprised, but angry, to see that the court focused on my expressions of solidarity with folks in Jackson and Greece but ignored my very real issues with the police in this country which I listed at length: the deaths in custody and on the street, the immigration prisons and institutional racism, the stop and searches, use of tasers, I could go on and on. I also tried to highlight my own experiences of police violence (targeting myself and my comrades), repression and attempts at infiltration. But I can see why they chose to ignore all these points and divert attention elsewhere.

I regret getting caught and the impact this has had on my family and others I care about. I am determined never to come back here, and I now that as a marked woman I will have to stay on the ‘right’ side of the law. But I am already thinking of lots of ways to support people facing the prison ‘estate’. Not just because I care about other people, but because I’m angry.

I’ll leave you with one of my favourite quotes from Dylan Thomas:

“Do not go gentle into that good night,
Old age should burn and rave at the close of day,
Rage, rage against the dying of the light”

I am a terrorist, and a liberal
I am a man, and a misguided woman
I am considerate, and reckless
I am an anarchist, and not an anarchist
I am intelligent, and foolish
I am regretful, and defiant
I am alone, and well supported
I am queer, and discriminatory
I am sad, and unremorseful

Since New Year I have been called all these things and I am sick of other people’s judgements. Of the crawling game of the courtroom, which suffocated me. Of other prisoners who question and threaten me. Of my ‘comrades’ who write me off. Of the media who construct an image of me. Of the police who are ‘concerned for my welfare’.

I have never disguised the contempt I have for the police. I have tried to minimise the impact of my arrest has I had on those I care about without selling myself out.

I am still an angry anarchist with a defiant heart. But I am weary. I do not want sympathy. I will keep my chin up and my head down. 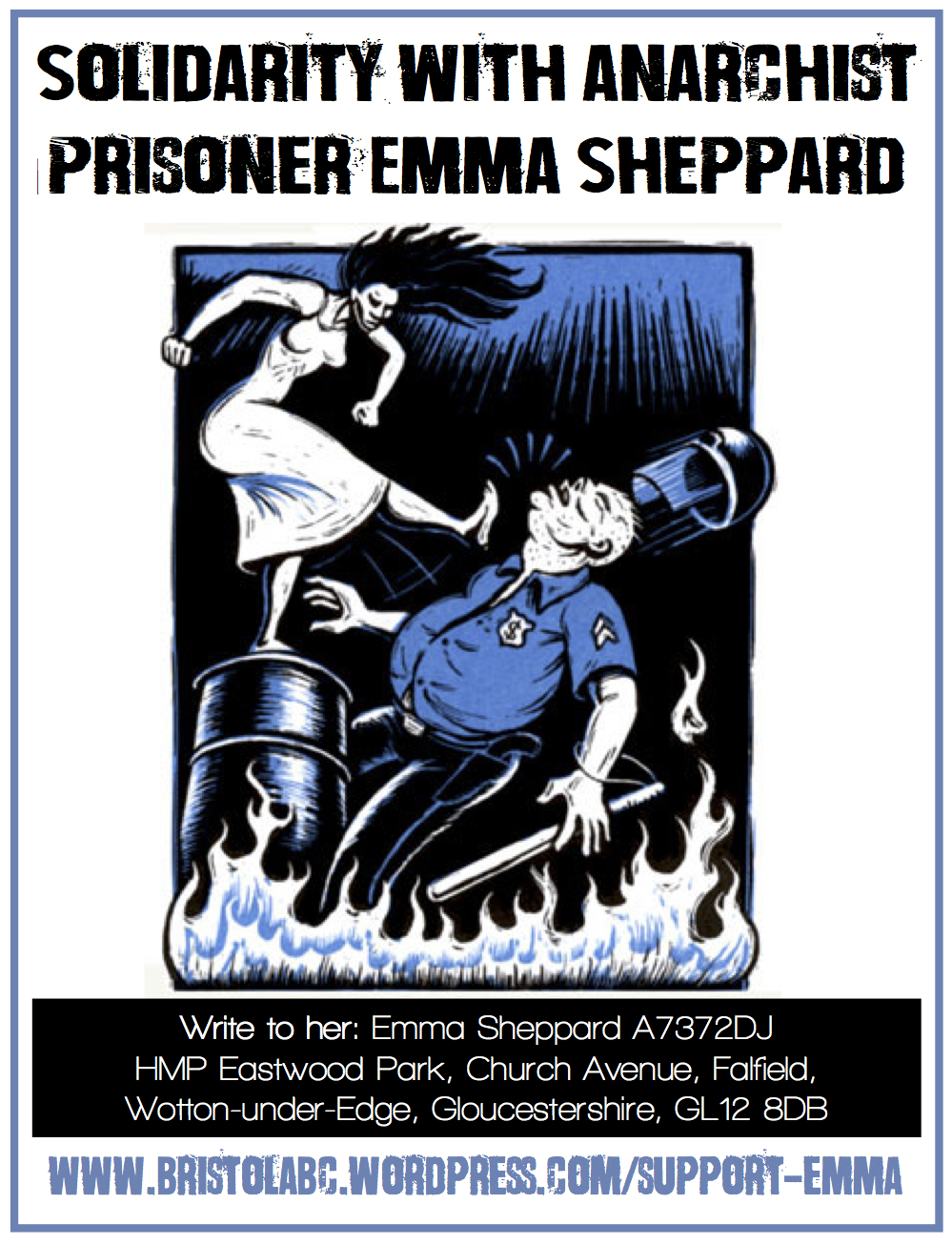