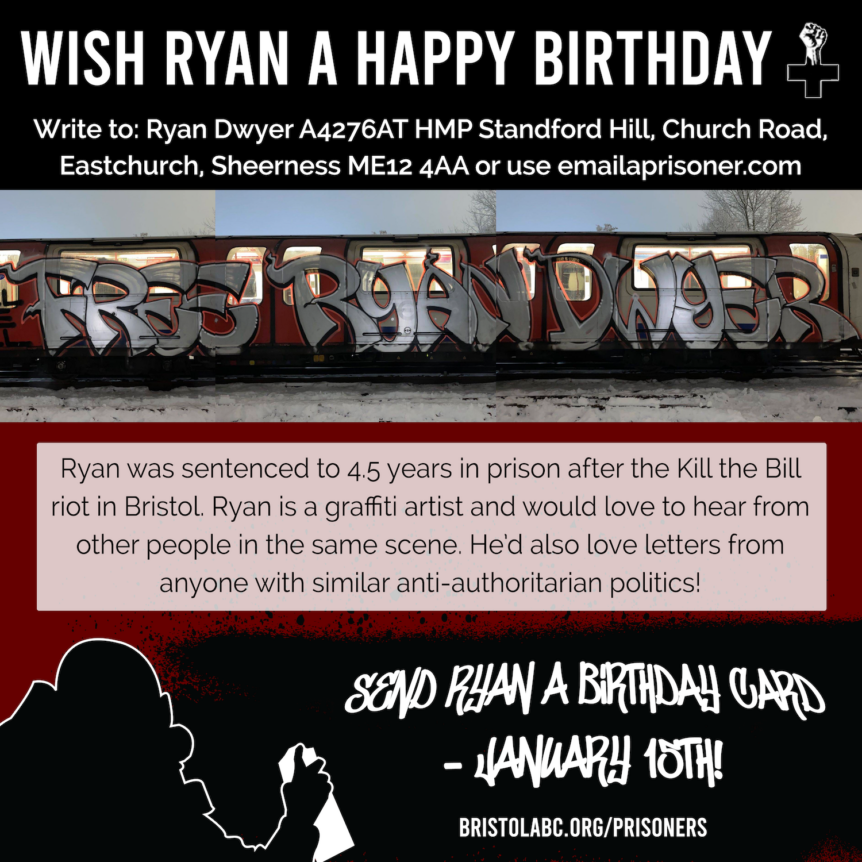 It’s Ryan Dwyer’s birthday on the 15th January! It would be AMAZING if you can send him a birthday card!

Or use emailaprisoner.com or moonpig.com

Ryan was sentenced to 4.5 years in prison after the Kill the Bill riot in Bristol. Ryan is a graffiti artist and would love to hear from other people in the same scene. He’d also love letters from anyone with similar anti-authoritarian politics!