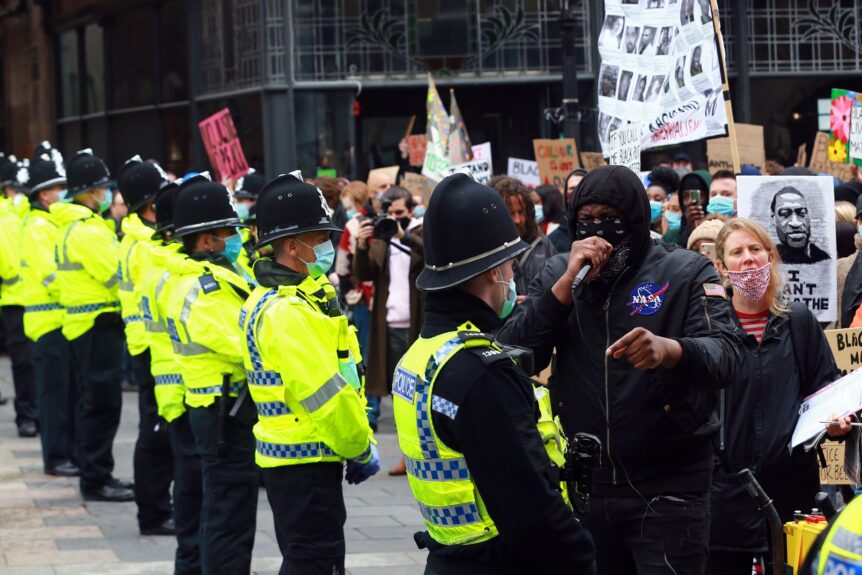 A crowdfunder has been launched to raise funds for BLM prisoners who have recently been sentenced following protests in Newcastle in 2020.

This is a call for support for BLM activists imprisoned after a protest in Newcastle in 2020 was attacked by racist thugs. More than two years after the events, having been ‘under investigation’ with no charges brought for more than a year – three BLM activists have been given custodial sentences and are in need of support and solidarity.

What will the money be used for?:

Two black lives matter activists were found guilty of ‘violent disorder’ after a jury trial in September 2022 – more than two years after the protest in 2020. One has now been sentenced to 2 years 5 months – the other 2 years 10 months.  A third BLM activist has nearly finished serving a prison sentence in connection with the protests but awaits news from the Home Office on his release.

Anyone who attended the Monument protests on 13 June 2020 knows that the far right ‘statue defenders’ came into town intent on getting drunk and committing violence. They were armed with bags of alcohol and smoke flares, they threw Nazi salutes and hurled racist abuse at BLM activists. Northumbria Police allowed these thugs to assemble at Monument, away from their advertised protest location at Old Eldon Square and in direct confrontation with the advertised BLM protest. Police allowed these thugs to drink alcohol and throw glass, cans and smoke flares at BLM activists. We were showered with glass bottles whilst ‘taking the knee’ for over 8 minutes. It is clear where the violent disorder came from. The previous week thousands of BLM protestors marched peacefully around the city centre without incident.  The charges of ‘violent disorder’ against BLM activists rely on ‘joint enterprise’, equating minor defensive action with the violence unleashed by the far right. Highlighting the racist injustices within the legal system, the BLM activists, all young Black and Asian men, have received some of the harshest sentences.

These charges were only brought in 2021 after a full year of silence from Northumbria police. Two were sentenced following a jury trial in September 2022, more than 2 years after the event. The Anti Racism Protest Defence Campaign has attended court cases and already distributed funds raised in 2020 to the three activists we are in touch with.  Now funds are desperately needed to support them through these unfair prison sentences.