Prisons are in the news this week, and not just because of the shocking statistic that the prison population has increased by 66% since 1995, to  just over 84000 locked up human beings. The main furore has been the call by the Prison Governors to abolish prison sentences of less than 1 year, which is a start…but their call is not driven by a sudden awakening to the concept of freedom. No its down to fear, fear that their overcrowded, corrupt and inhumane institutions are close to exploding, despite the introduction of countless measures since the Strangeways riot in 1990 to ever more control and isolate prisoners. 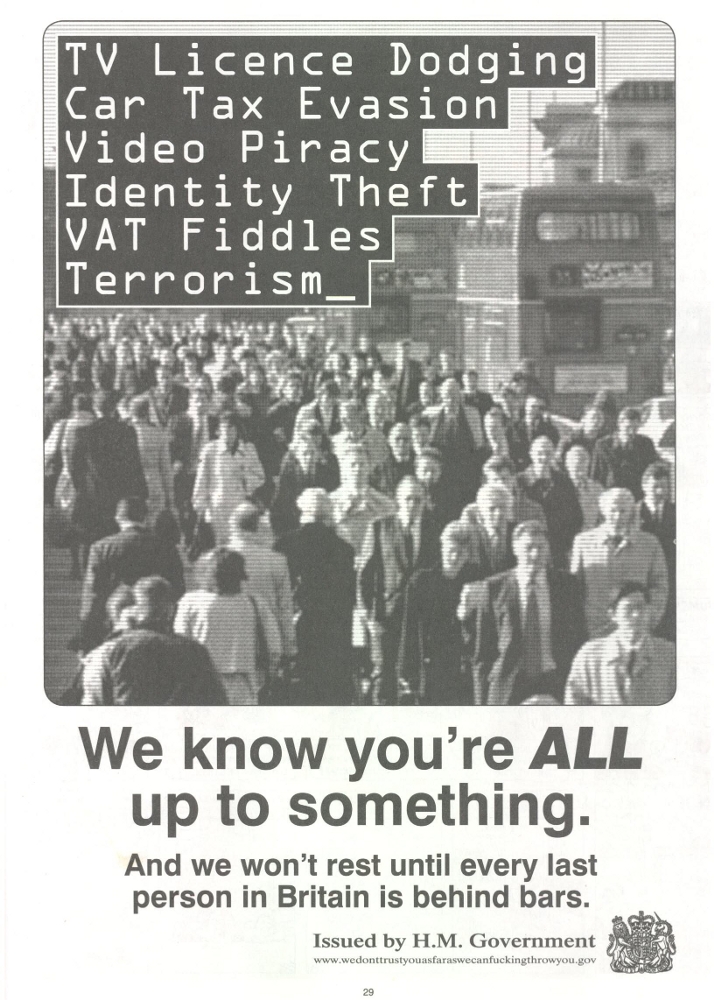 With the likely cutbacks in public spending whichever party is in Government (although the Tories are threatening to ringfence prison spending, it’ll still mean cuts), it is clear plans to build more prisons will be affected. Which is a problem as the government expect prison numbers to rise to over 95000 by 2015, perhaps more given the likely social unrest arising from the recession and worsening unemployment. So where are they gonna put them all? Hence the Governors call to abolish sentences under 1 year. But we dont see any party taking the political risk of that option, they are quite happy to let prisoners rot, locked up for 23 hours a day, taking drugs supplied by corrupt prison screws.

Meanwhile opposition to prison is warming up inside and out. Prisoner Ben Gunn’s blog remains live after the Ministry of (In)Justice was forced to back down and allow his mail out, and the Guardian has run an interview with him recently that highlights both his case and the concerns of prisoners. Ben himself has been writing on his blog about his original murder offence 30 years ago, and why he is still inside when he only got a 10 year tariff – powerful stuff and well worth a read!

The Campaign against prison slavery (CAPS) has announced in a press release the overhaul of its website, with a load of useful facts and info on prisons, and is celebrating some success in its efforts to expose the exploitation of prisoners as cheap labour. It is worth remembering too that the use of slave labour in prisons directly attacks also the working class outside, through the driving down of wages and the loss of jobs. The full CAPS press release is below.

Communities of Resistance (CoRe), is a relatively new grassroots initiative that aims to stop prison expansion in Britain, and ultimately opposes all models of imprisonment. They are having a bit of a relaunch, with a an organising and strategising event in London on 21 November. Check their website for more news and info.

Random anarchists, including from the UK ABC network, will be gathering in Brighton in late October, for a ‘Gathering Against The Prison Society’. This is a call to debate and exchange ideas and information in the long struggle for total freedom. By prison society we mean the situation, such as in the UK, where our almost every move and action is monitored in some way by the state, one of its agencies, or by private corporations – all to ensure the continued dominance of capital and the state. Be it the CCTV cameras popping up everywhere, or the records held on your online activity by search engines and service providers, it is clear we now live in a society where we are all considered guilty of something. So whilst we call for the abolition of the prison system, that is just the start of dismantling the wider prison society.

In the same vein, with balaclavas on, the anti-prison/anti-state zine and resource ‘325’ has relaunched its website, and has also published issue 7 of its zine. You can downlaod the zine as a pdf – it’s a compelling and provocative read, for anarchists and indeed anyone else who allows themsleves the freedom to think.

The Campaign Against Prison Slavery [1] are pleased to announce the launch of their newly expanded website. In addition to a redesign and new Prison News page, the website includes information newly released by the Ministry of Justice (MoJ) following a three and a half year struggle by two freelance journalists to get their simple Freedom of Information request answered.

Richard Cookson and Phil Chamberlain [2] had originally placed two Freedom of Information request in January 2006 asking for information on contracts between 10 and 8 named prisons, Young Offender Institutions and Immigration Removal Centres in England and Wales and the private companies using prison labour in the prison workshops; specifically the names of the companies, the nature of the work and how much the contracts were worth. The MoJ refused [3] and the 2 journalists were forced to appeal to the Information Commissioner, who 2 years later found in their favour. The results was a Guardian article ‘Inside the Sell Blocks’ [9 Sept 09] and the new prisonlabour.org.uk website.[4]

This has been a significant victory for CAPS as it now opens up Contract Services [5] to scrutiny and Prison Service outsiders will finally be able to examine more fully whether the quality of training provided in Contract Services workshops is as poor as prisoners are constantly telling us it is. This is doubly important as the Conservative Party plan to double the number of Contract Service workshop placed in England and wales if elected next year.[6]

[1] CAPS was formed in 2002 by ex-prisoners, prisoner support groups and activists to campaign against compulsory labour in UK prisons and for the abolition of the Incentives and Earned Privileges Scheme (IEP).
[2] Two freelance journalists who between them have written extensively for the Guardian, Independent, Times, Financial Times, New Statesman and Daily Mail.
[3] The Ministry of Justice has consistently refused to release this information under the FOI Act’s Section 43 ‘commercial interest’ exemption.
[4] A fuller version of this story can be found at http://www.againstprisonslavery.org/caps_news.html#sell_blocks and in an article by CAPS member Joe Black in the October 2009 edition of the prisoners monthly newspaper Inside Time.
[5] Contract Services is the body, part of what appears to now be called the Offender Employment Skills & Services Group of the National Offender management Service, that manages workshops contracting labour to outside private companies.
[6] See Richard Cookson and Phil Chamberlain’s Guardian article ‘Prisoners Promised ‘Real Wages’ Under The Tories [8 Sept 09]