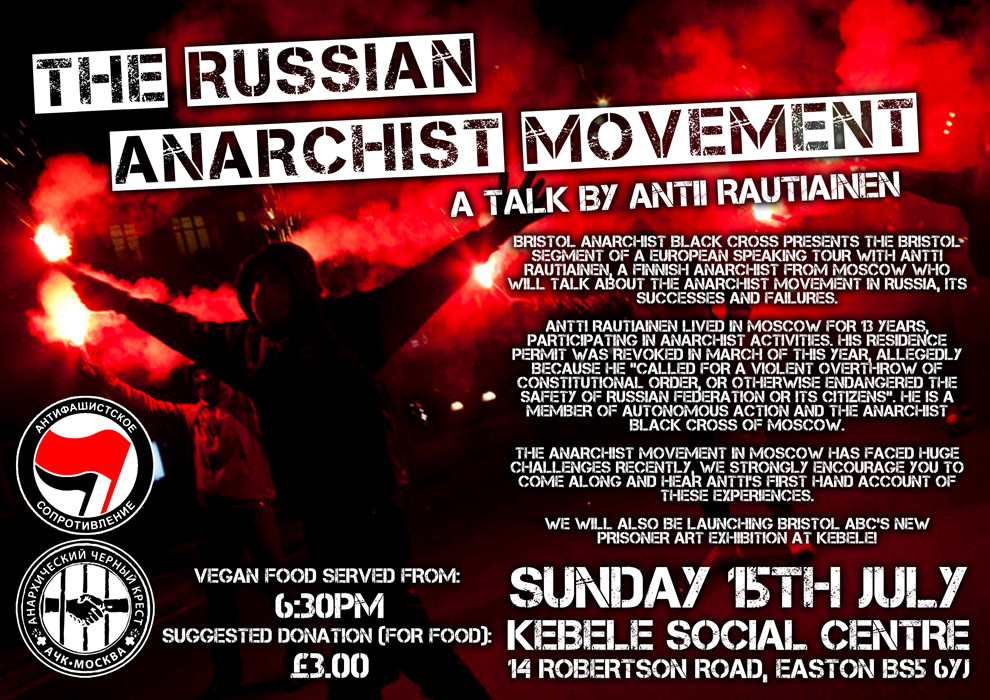 Bristol Anarchist Black Cross presents the Bristol segment of a European speaking tour with Antti Rautiainen. A finnish anarchist from Moscow who will talk about the anarchist movement in Rusia, it’s successes and failures.

Antti lived in Moscow for 13 years, participating in anarchist activities. His residence permit was revoked in March of this yr, allegedly because he “called for violent overthrow of constitutional order, or otherwise endangered the safety of Russian Federation or its citizens”. He is a member of Autonomous Action and Moscow ABC.

The anarchist movement in Moscow has faced huge challenges recently. We strongly encourage you to come along and hear Antti’s first hand account of these experiences.

We will also be launching Bristol ABC’s new prisoner art exhibition at Kebele.