The 2 Bristol EDO Decommissioners arrested near Manchester on Saturday have been released today, Monday 19 October!

Along with the woman from Brighton who was also arrested for alleged breach of bail, they were in court today in Oldham (apologies, it was not Brighton as we expected). However it seems the prosecution offered no evidence and/or ran out of time, so the case was dismissed. So we can only presume it was some straight up harassment of the 3 defendants by the state, because lets face it if they really wanted to nail them they would have tried a bit harder. But thats good news for now, all 3 should be safely tucked up in their homes by now, getting some well earned rest. Lets be a bit more careful out there next time folks… 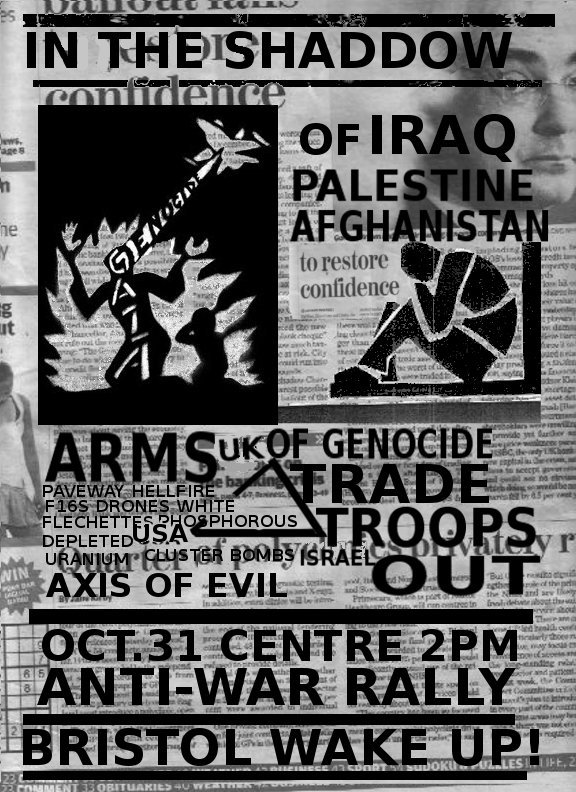 Down in Brighton, Elijah (James) Smith and Robert Alford start day 2 of their appeal against a previous anti-EDO action on Tuesday. Evil EDO boss Paul Hills is due to give evidence. More background info here.

Keep checking the Decommissioners and Smash EDO for news and actions, and please support the Bristol protest on 31 October.

If you are in need of a little inspiration, check out news from Greece here and here.