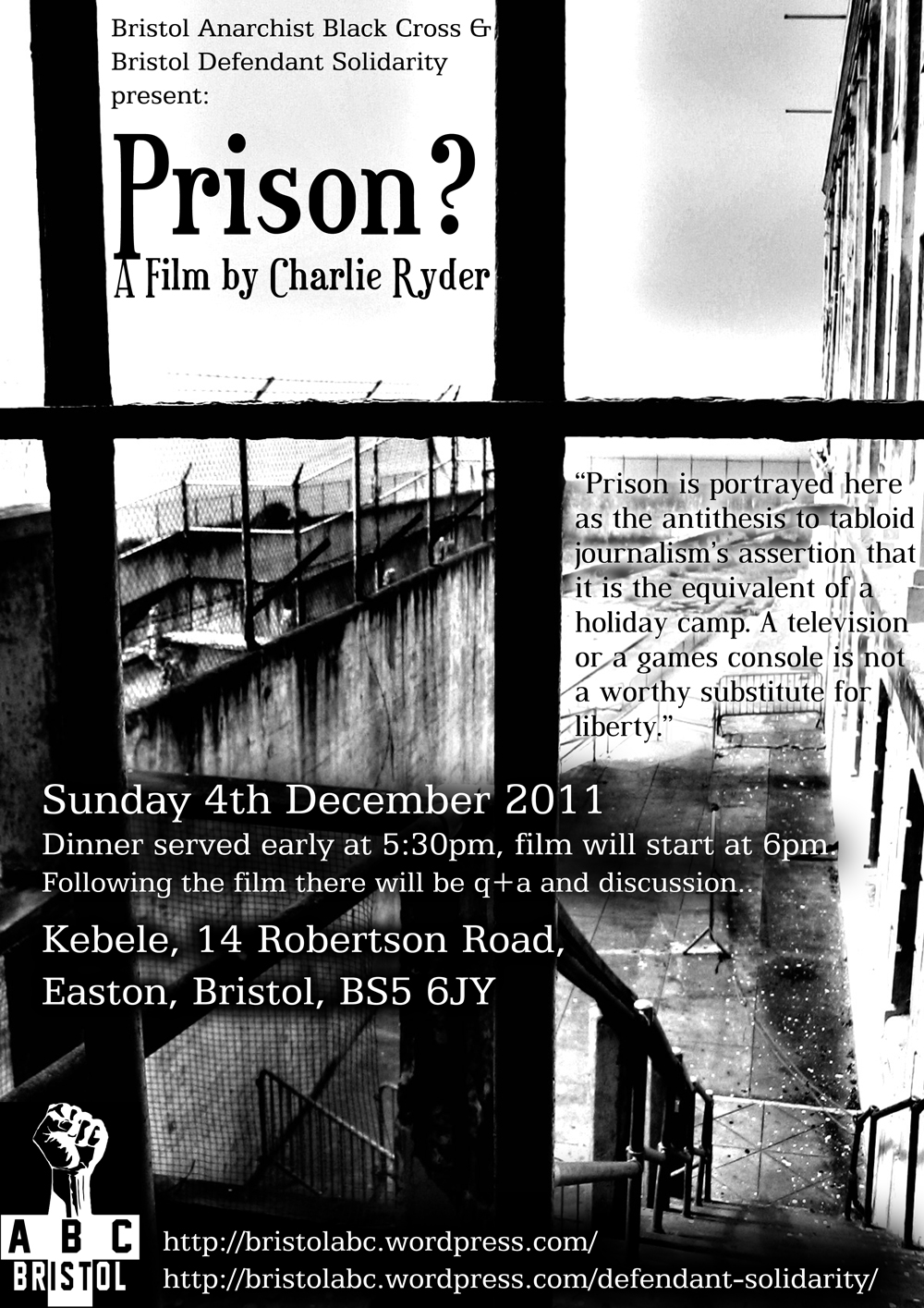 Bristol Anarchist Black Cross and Bristol Defendant Solidarity are proud to present Charlie Ryder’s new film Prison? Following the 80 minute film there will be a Q&A with discussion.

Dinner will be served early at 5:30pm and the film will start at 6pm.
Kebele, 14 Robertson Road, Easton, Bristol, BS5 6JY

In October 1993 Charlie Ryder took part in a demonstration to shut down the
BNP headquarters in Welling, south-east London. This developed into a
serious riot, and a few months later he was featured on the TV show Crime
Monthly. He was arrested the next morning, then he waited nearly 2 years before he was sent to prison for 16 months.

Charlie has now developed his story into a feature film using shadow
puppetry, marionette puppets, rod puppets, masks, visual art, poetry and
dance to shine a light on his time inside. Charlie hopes that by painting a picture of his experience it will educate people and challenge perceptions of prison and prisoners.

Additional background info:
While in prison Charlie received a letter of support from a British Holocaust
survivor Leon Greenman who had also protested to shut down the BNP
headquarters. Charlie kept this letter in a scrapbook with poetry and
artwork he collected to record his time inside.

On his release from prison he developed the scrapbook into a one man play
which was critically acclaimed at Edinburgh Fringe Festival in Aug 2007 and
then performed in prisons universities and conferences.

“Charlie puts his heart and soul on screen and clearly has a point to make.
Prison is portrayed here as the antithesis to tabloid journalism’s
assertion that it is the equivalent of a holiday camp. A television or a
games console is not a worthy substitute for liberty. I certainly will not
be choosing prison as my holiday destination of choice. “ (Grant Holdsworth)