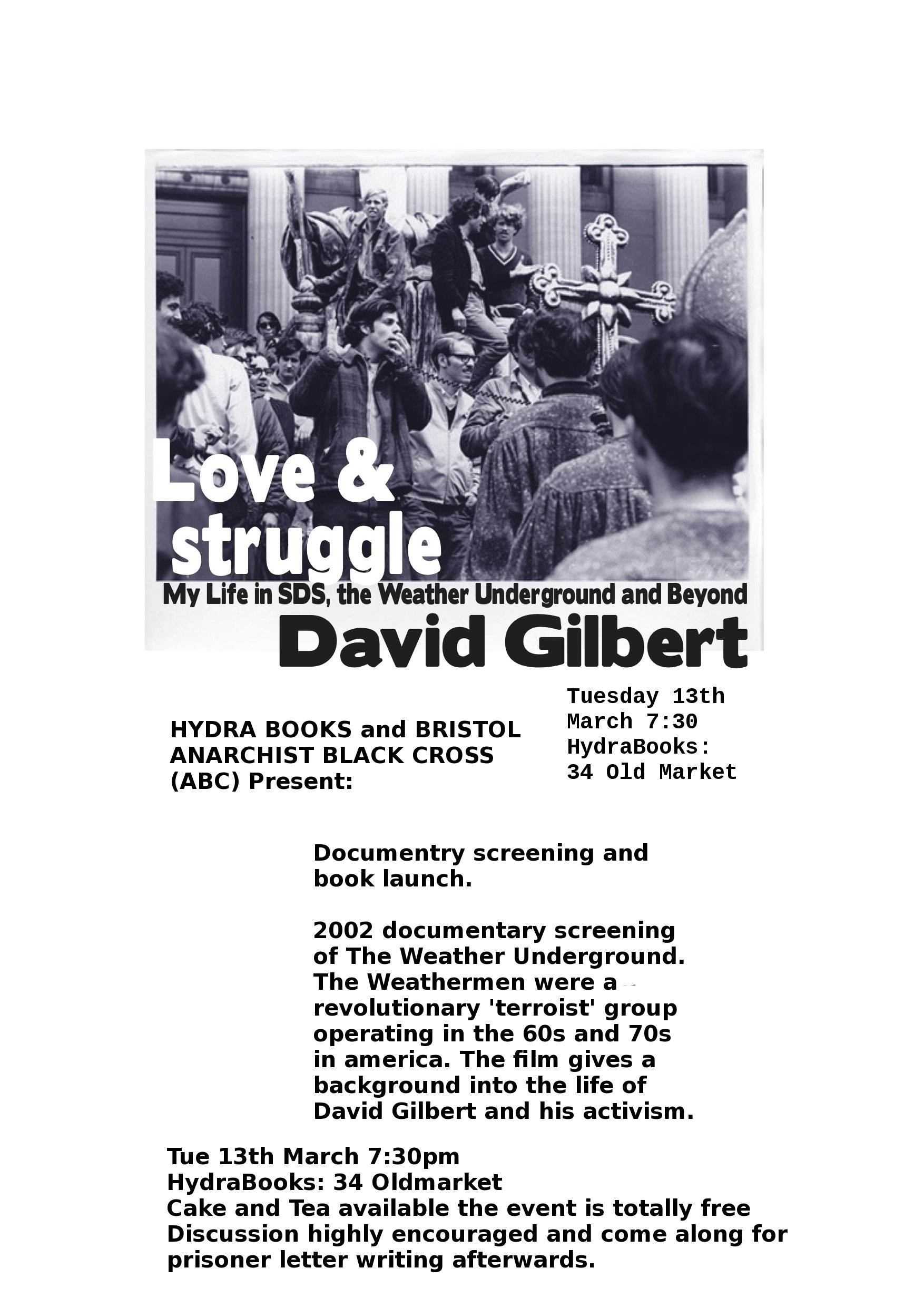 Bristol ABC are pleased to host the booklaunch for David Gilbert’s new book, Love and Struggle and we will also be screaning The Weather Undergound film.

Watch the trailer for the Weather Underground movie here.

Watch a promo trailer for Love and Struggle here.

Want to find out a bit more about the book? Go to the publisher’s website or ready this:

A nice Jewish boy from suburban Boston—hell, an Eagle Scout!—David Gilbert arrived at Columbia University just in time for the explosive Sixties. From the early anti-Vietnam War protests to the founding of SDS, from the Columbia Strike to the tragedy of the Townhouse, Gilbert was on the scene: as organizer, theoretician, and above all, activist. He was among the first militants who went underground to build the clandestine resistance to war and racism known as “Weatherman.” And he was among the last to emerge, in captivity, after the disaster of the 1981 Brink’s robbery, an attempted expropriation that resulted in four deaths and long prison terms. In this extraordinary memoir, written from the maximum-security prison where he has lived for almost thirty years, Gilbert tells the intensely personal story of his own Long March from liberal to radical to revolutionary.