On Sunday Februrary 25th Czech police arrested 67 years old citizen of Syria, Salih Moslim. On Tuesday 27th February the city court in Prague decided that Salih Moslim can wait for the possible extradition outside of the wall of custodial jail. Turkey has 40 days to give the full extradition request about which the Czech minster of Justice will decide.

Salih Muslim is a former co-chairman of PYD (Democratic Union Party), who are known for their importance in the revolution in Rojava. Turkey claims that Salih Muslim is a leader of PKK (Kurdish Workers Party in Turkey) which by Turkey is considered as a terrorist organization.

Salih Muslim was put on the Interpol list of international wanted people by Turkish state and in the beginning of February 2018 there has been announced bounty on his head of one million US dollars by Turkey.

The arrest warrant and the bounty on Mr. Muslim’s head cannot be seen out of wider context.

Kurdish people have been oppressed by the states of Turkey, Syria, Iraq and Iran over past decades and considered as 2nd class citizens. We see this as one of many attempts by the Turkish Government, to de-legitimize Kurdish struggle for self determination and to suppress the quickly spreading Rojava revolution striving for collective freedom without state, women liberation, ecology and direct democracy quickly spreading over Northern Syria and influencing emancipatory struggles and organizing models all over the world. All of which is in direct contrast with Erdogan’s political goals such as autocratic strong and fundamentally religious state, controlling media, peoples opinion and strongly punishes anyone who doesn’t fall under or disagree with the homogenize and obedient society.

Turkey has launched an invasion on Northern Syria on January 20th with their goal to “neutralize the terrorists”. By that Turkey means to occupy Afrin city and canton (and later the whole Northern Syria as president Erdogan said several times), kill all the fighters from YPG, YPJ and SDF (Peoples protection, women protection units and Syrian Democratic Forces) and of course to kill, injure and displace many civilians and destroy the infrastructure of the multicultural city of Afrin, known for opening its doors to hundreds of thousands migrants since the beginning of the Syrian civil war (since 2011).

The fact that European Union and USA says that Turkey has a right to attack the so called terrorists doesn’t say much about the ones considered as terrorists but rather about EU and USA themselves. YPG, YPJ and SDF are well known for fighting against Daesh (ISIL) by themselves and pushing these jihadist murderers and rapist out of the region with almost no help from anyone else while different Turkish officials were repeatedly caught supporting Daesh. Today in fight against people of Afrin Turkey deployed FSA (Free Syrian Army) including groups such as Al Nusra, Al Qaeda and individuals from Daesh themselves, while claiming they fight terrorism. All the political and military subjects supporting Turkish invasion in Afrin show a great hypocrisy. We have been proved once again that the word “terrorist” is an empty term without any description of who the “terrorists” are, what they want or anything else. A label used over and over as a free ticket for the authorities to oppress or attack anyone who is considered to be a terrorist.

Under Turkish President Recep Tayyip Erdogan, Turkey has been becoming an autocratic fascist country imprisoning and even executing journalists, writers, artists, politicians, Kurds and other ethnic, religious and sexual minorities and dissent. Erdogan himself just few days ago stated that “The elections in 2019 are not any elections at all. Turkey will enter a brand new political system.”

Turkey has been abusing the Interpol in past and again the Turkish Government has no legal right to ask for Mr Muslim as he is not a Turkish citizen. Yet, not many seems to care about that.

We as Anarchist Black Cross informed about the case of Miroslav Farkas and Markéta Všelichová accused of terrorism and sentenced for 6,5 years in Turkey after they were captured driving a van full of humanitarian and first aid stuff to Rojava in November 2016.

There are information that Czech government wants to exchange Salih Muslim in return for Miroslav Farkas and Markéta Všelichová. We cannot speak on behalf of Markéta and Mirek, but however we wish them to be free as any other political prisoners, it is quite clear that these two activists who travelled to Rojava to support the people there would not like such a move advancing Turkish occupation of Norther Syria.

In Czech news we can read about one maybe important aspect in the whole process of possible extradition of Salih Muslim. Czech republic is trying to get a half billion USD claim to build a power-plant Adulariya in Turkey. An extradition of Mr Muslim could be then a good step for Czech government to endear themselves in relation to AKP (Erdogan’s ruling party in Turkey) and win this claim. There has been very little to nothing said about this side of the coin in international media.

After years of repressions against anti-authoritarian movement here in Czech republic, including police infiltration, fabricated cases leading to accusations with possible life sentences, Czech police did not surprise us with this arrest. Actually, the entire case of Mr Muslim in contrast of Turkish invasion, bombing of not only Syrian cities and villages, massacres, censorship, Czech power plant mega project in Turkey, German and European arm support of Turkish army, EU and NATO supporting the fight against “terrorism” and much more show us clearly how the world under global capitalism is working, where every national state just follows its interest for any cost.

We have no hope for the national states to be our friends. It is up to us and our struggle to fight fascism and set us free. We believe that it was thanks to strong and immediate actions all over the world which put pressure on the judge to let heval Muslim walk away on his own. Now it is important to hold this leverage firmly to make sure that he will not be extradited to Turkey where a life sentence like in the case of Abdullah Ocalan would be most likely given. 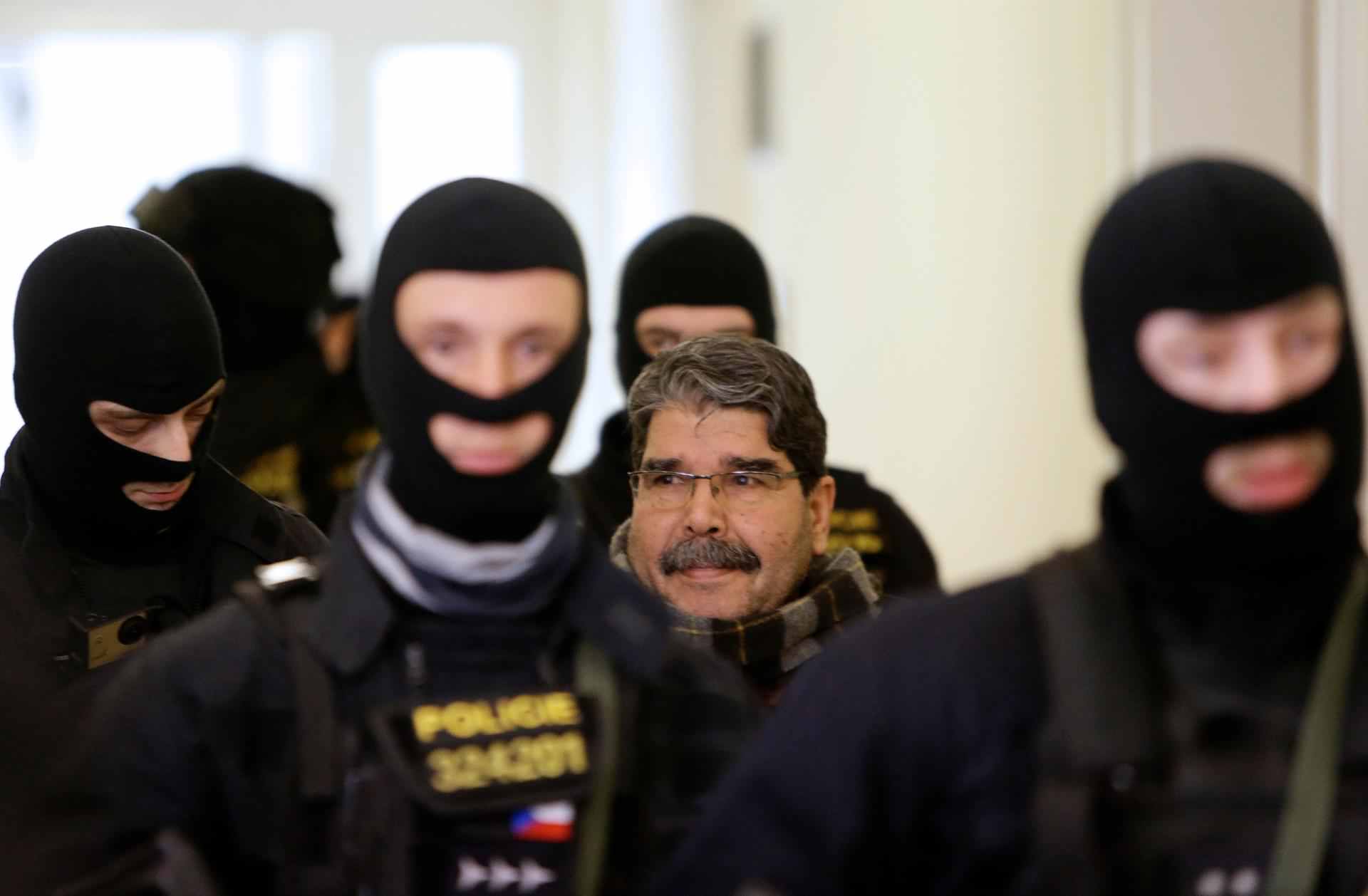