This Sunday, 10 October, from 6pm, Bristol ABC is hosting a cafe and film night at Kebele social centre, 14 Robertson Rd, Bristol BS5 6JY. Half the proceeds from the cafe, and any other donations, will be sent off to support a Russian anti-fascist & anarchist who has been forced to flee his home city due to threats from both the state and right-wing groups. 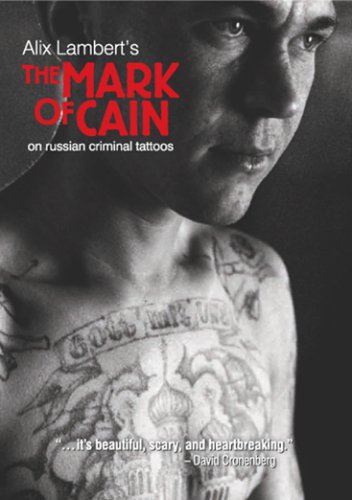 One of the Sunday films

This event is the closing night of the Bastard Squad Collective’s annual Subvert Festival, a three day event from the 8 to 10 October in Bristol. The main Saturday night event is a benefit gig to raise funds for a local ‘direct action bust fund’. The festival is actively supported by Bristol Antifa, Kebele Sound & social centre, ourselves, and people at The Factory, amongst others. Full details are on the poster below!

Over the last year both Bristol ABC and Bristol Antifa have had increasing contact with Russian groups and individuals, who face increasing

difficulties in their struggles against their authoritarian regime and the myriad racist, natonalist and fascist groupings (who naturally receive a degree of co-operation from the state). This has resulted in imprisonment of comrades, many physical attacks, and several deaths. See the Moscow ABC site for news/info in English. 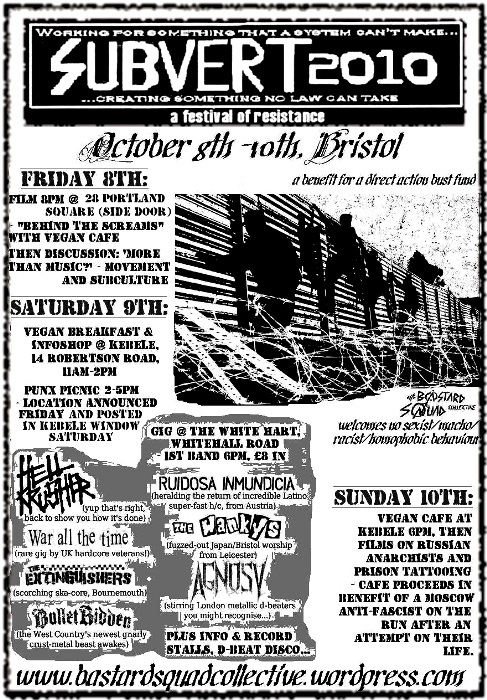 Come to all 3 nights!

This Sunday there’ll be food from soon after 6pm. We hope to provide some info on the plight of Russian activists and their determination to resist, and will be introducing two films from 8pm.

The first film is a DIY doc entitled ‘Actions versus Repressions’, by the anarcho-art group Children of Bakunin & Moscow ABC. Made in 2009, with English subtitles, it focuses on the struggles of Russian anarchists & anti-fascists in the face of ongoing repression from the Russian state, and attacks by racist, fascist and nationalist groups. More info (links to video).

The second is Alix Lambert’s ‘The Mark of Cain’ a documentary about the forbidden culture of prisoner tattoos in Russia. First released in 2000, and on dvd in 2008, this film was a major inspiration for David Cronenbergs ‘Eastern Pronises’. Much more than tattoo culture though, this doc lays bare the true horror of the Russian prison system, and you wonder how on earth Lambert gained access to some of Russia’s most brutal prisons. As Cronenberg has said: “I don’t know how it ever got made, but it’s beautiful, scary, and heartbreaking.” More info.

We hope to see you over the weekend! Solidarity is strength!