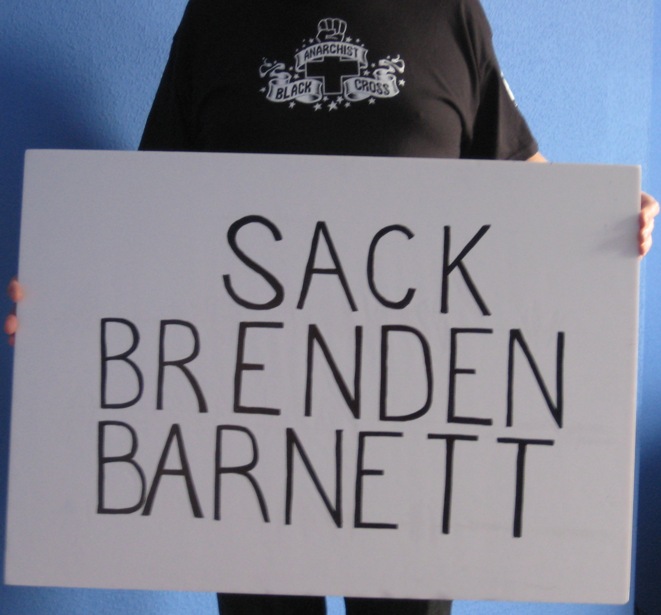 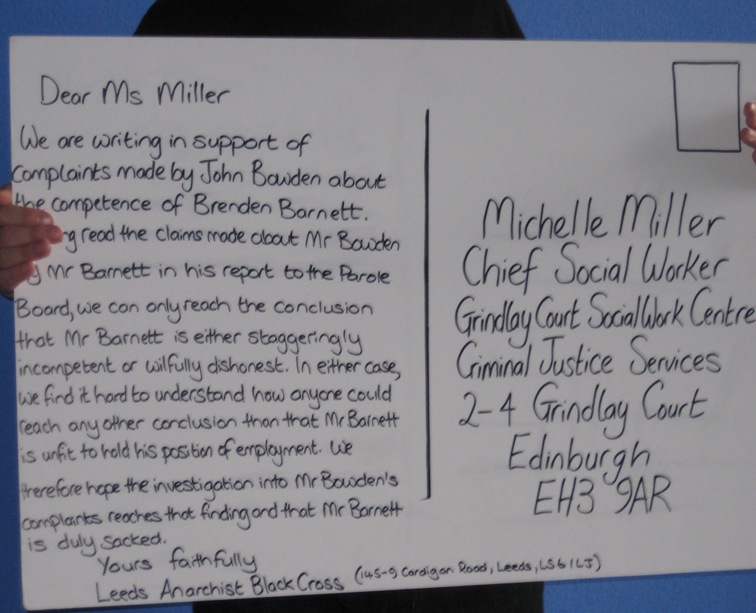 Militant long-term prisoner John Bowden continues not only to get shit from the prison authorities, but also from ‘social workers’ acting as their lackeys (see

Regular Indymedia readers may recall that a few years ago the System used stooge social worker Mathew Stillman to smear the Anarchist Black Cross as a “terrorist organisation” with whom John was in contact. Eventually Stillman was totally discredited, but now another State lackey, Brenden Barnett, is doing their dirty work for them.

John’s official complaint against Barnett has only brought further repression. There is a need for a sustained campaign to expose Barnett’s lies and to expose the fact that two years after the Parole Board recommended John Bowden be moved to an open prison, he continues to be held in a Scottish high security jail, and for no other reason than his political writings exposing injustice and repression in British prisons.

For just £2.16 postage you could even send a card like the one pictured above, which Leeds ABC posted on Saturday 21st April.
You can also write to John Bowden at: