Early 2009 saw many protests in Bristol against the Israeli bombing of Gaza. In London there were a number of large angry marches opposing the bombing of families in Gaza. Some of those protesters are now facing heavy prison sentence. This report from NoMoreIsolation: 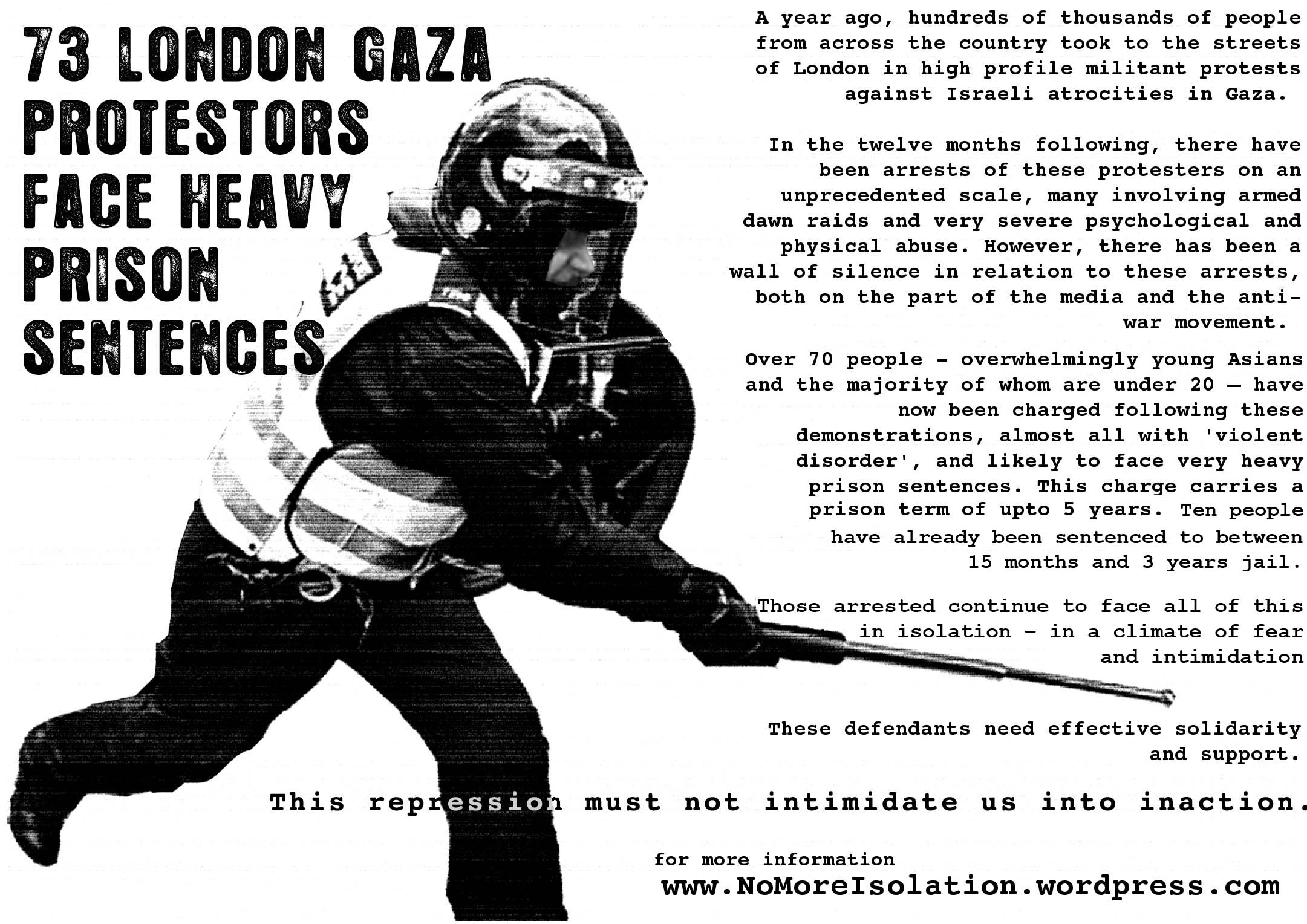 “The Israeli bombardment of Gaza of 27th December to 18th January, provoked passionate protests across the UK. The familiar mass demos of the anti-war movement were supplemented by large spontaneous break-away demos and a wave of university occupations. The police used indiscriminate baton charges, kettles and heavy surveillance, in an effort to impose their control on the movement.

In the months that followed, these repressive police tactics began to take a less visible form, with police carrying out numerous dawn raids. A total of 93 people have been arrested and 72 charged. Some of these were denied communication with their solicitors and subjected to physical and psychological abuse. Most of the arrested were young Asians below the age of 19, with some as young as 12 years old. Almost all have now been charged with “violent disorder” and 10 people have already been jailed for 15 months – 3 years.

Many of those arrested have not received adequate legal advice and have been approached by police officers outside court under Section 62 of the Immigration Act, with threats to revoke their immigration status.

In this climate of intimidation and isolation, and in spite of flimsy evidence, 50 people have pleaded guilty and are due to be sentenced, starting from the 12th February at Isleworth Crown Court.

Judge Denniss who has taken on all the cases, has referred to the notoriously heavy sentences given out after the Bradford riots.

These are the actions of a police state. Solidarity is urgently needed.”

More information and ideas about what we can do.