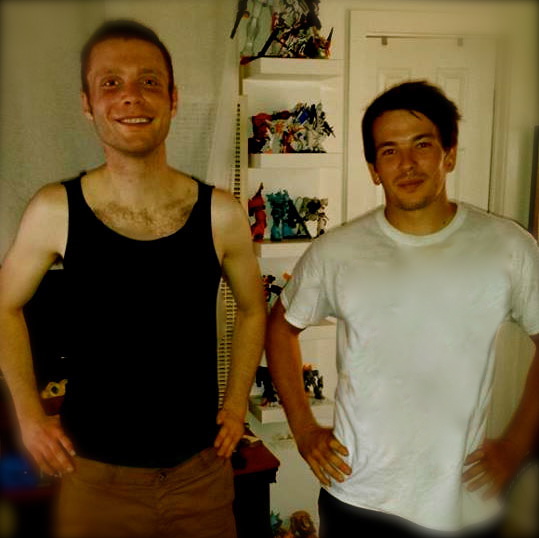 These are the facts of the case that are known right now:

The two were pulled over late at night in Roanoke, Illinois in what appears to be a routine traffic stop. When they refused consent to a search of the vehicle, the police searched the vehicle anyway. Inside, police allege they found bolt cutters, wire cutters, muriatic acid, ski masks, and cammo clothing.

Kevin Olliff and Tyler Lang were subsequently arrested for “possession of burglary tools.”  The police have not made any statement as to what they believe the intended “burglary” target was, and Kevin & Tyler were not arrested on anyone’s property. Their history as activists appears to be the sole basis for the charges.

Their new support site cautions that details on the arrest are still emerging :

“Many details are not known, and there are some we cannot post publicly yet.”

They face a maximum of 3 years in prison.

Their only “crimes” are being known animal rights activists in (alleged) possession of wire cutters.

Shortly after their arrest bail was set. After the prosecutor asked for much lower bail amounts, the judge went beyond the prosecution’s request and set bail at $100,000 for Tyler Lang, and $200,000 for Kevin Olliff.

These amounts are far above normal. In Illinois, $15,000 is the standard bail for Class 4 felonies.

The two remain in Woodford County Jail, pending the outcome of a bail reduction hearing in the future.

How you can help

A support site has been set up to post updates on Kevin and Tyler’s case. Right now, here’s what you can do:

Repost their support site link: The Support Kevin and Tyler site is up and will be updated regularly.

Send books: Mail rules at the Woodford County Jail are considerably more reasonable than most larger jails. Anyone can put any book into an envelope and send directly to Kevin or Tyler (both softcover and hardcover). Their book wish lists are posted here.

Send letters: Anyone can correspond with them via email or written letters. With email, prisoners at Woodford County jail must send the first email. To start an email correspondence, tirst send a written letter with your email address and they will email you a response.

There are many details which will be coming out in the near future, and they will be posted here.