The Ottawa 3 were charged with a firebombing in spring 2010, an action that was made in solidarity with the upcoming anti-G8/G20 protests in and around Toronto in late June. One of the 3 defendants, Joseph Roger Clement, pleaded guilty and was sentenced to 3.5 years. The other 2 have been released. 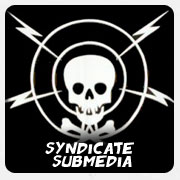 An interview with one of the 3, Matthew Morgan Brown, has been recorded and released on an excellent and entertaining Sub MediaTV broadcast reviewing 2010. Link to video and campaign support info.

Meanwhile Roger was transferred to Millhaven mid-December and it is expected that he will be there for 2-3 months before being transferred to the federal penitentiary where he will stay for the rest of his 3.5 year sentence. In the immediate future, letters and messages of solidarity can be sent to Roger at the following address:
Joseph Roger Clement (FPS-420268X)
Millhaven Institution
PO Box 280, Bath Rd.
Bath
ON K0H 1G0
Canada