Bristol ABC prisoner support group takes it turn hosting the weekly Sunday vegan cafe at Kebele social centre, and lobs in a couple of provocative films to wash down the meal.

Recover from Kebele’s birthday bash with us at 14 Robertson Rd, Easton BS5 6JY on Sunday 22 November.

From about 6pm set vegan meal, for a requested donation of 2 quid. All proceeds to cover costs of meal and pay the bills at kebele social centre.

From 7.30pm a couple of cracking films! 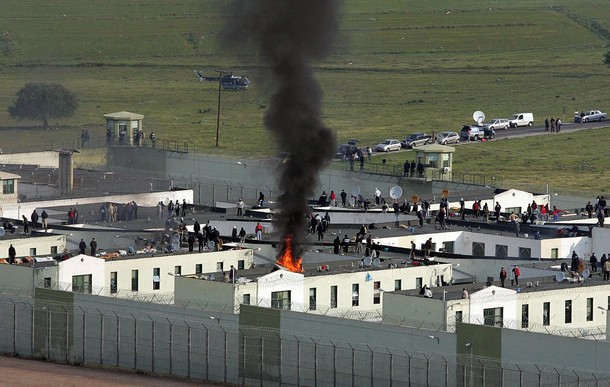 ‘Prison world – about the Greek prison revolts of 2007’ (DIY, 35 minutes, subtitles, 2008)
In the morning of Monday, April 23, 2007, prisoners at the prison of Malandrino in Fokida, mainland Greece, revolted. The spark igniting the revolt was the beating of anarchist prisoner Yiannis Dimitrakis as well as the vicious, violent response of the guards to the protests staged by his co-prisoners. The revolt spread to at least 11 other prisons and lasted for 4 days. Read more here.

Prisons in Greece are not unfamiliar with revolts and protests, due in large part to the political use of prisons as a means of repression by the Greek state, and the inhumane conditions within them. November 208 saw a month of prison revolt involving some 90% of Greece’s 11700 prisoners. As we write now in November 2009, at least 3000 prisoners are again taking action inside the Greek prisons by refusing food. See here. 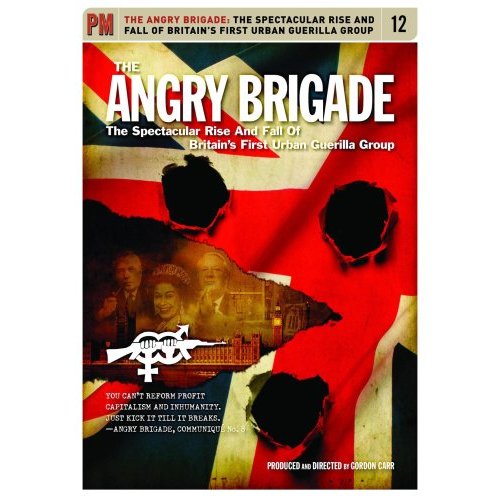 ‘The Angry Brigade – the spectacular rise and fall of Britain’s first urban guerilla group’ (PM Press, 60 mins, english, 2008)
Newly released version of this classic documentary 1973 BBc documentary by Gordon Carr, with an introduction by Stuart Christie. The film traces the roots of the Angry Brigade in the revolutionary ferment of the 1960’s, follows their campaign of attacks & propaganda against capitalism and the state, and culminates with the police investigation and subsequent trial of the ‘Stoke Newington 8’, the longest criminal trial in British legal history. “You can’t reform profit capitalism and inhumanity. Just kick it till it breaks” – AB Communique No.8
More info on the A/Brigade here