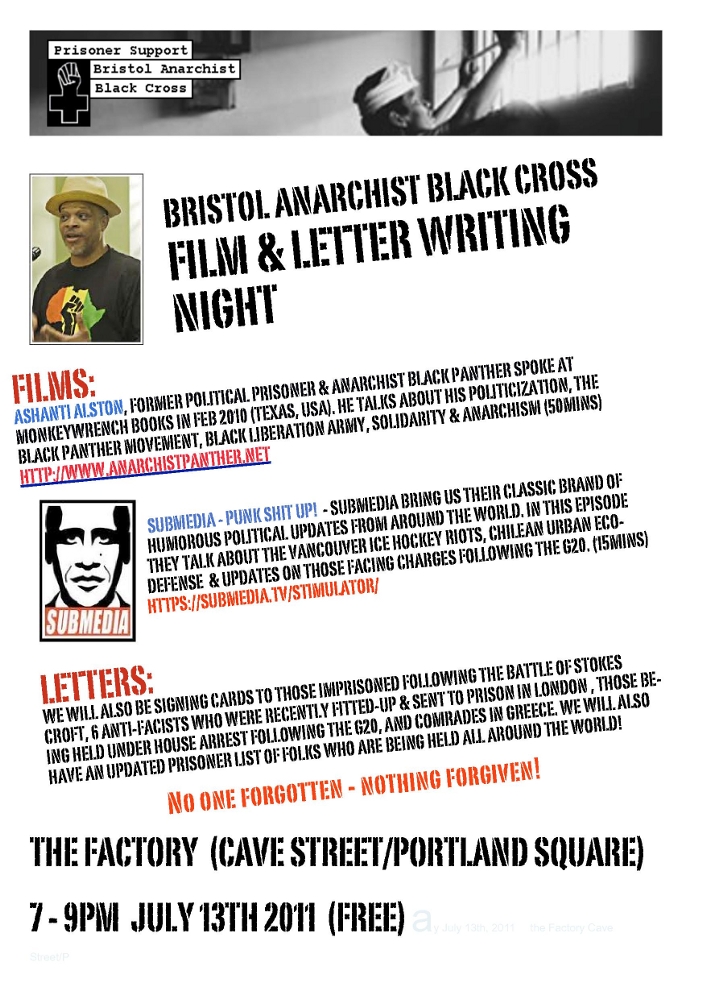 Submedia punk shit up!
Submedia bring us their classic brand of humorous political updates from around the world. In this episode they talk about the Vancouver ice hockey riots, Chilean urban ecodefense & updates on those facing charges following the G20. (15mins)

LETTERS
We will also be signing cards to those imprisoned following the battles of Stokes Croft, 6 anti-facists who were recently fitted-up & sent to prison in London (info & solidarity fund) , those being held under house arrest following the G20 in Toronto in June 2010, and comrades in Greece. We will also have an updated prisoner list of folks who are being held all around the world!