Thanks to all who attended the recent Big Greek Benefit gig on 28 March. Money raised at that gig, and a previous one in February, now totals almost £1000 and will be sent to groups in Greece supporting defendants and prisoners.

All those with an interest in supporting political prisoners, or campaigning against prison society and for the abolition of prisons, are welcome. At these open meets we chat informally about the latest excesses of the state in its mission to keep us all under lock and key, or at least under surveillance! And we talk about existing and new cases of prisoners in need of support, and what we may be able to do to help them.

We have long lists of UK and international prisoners who welcome letters, and we encourage people to start writing to prisoners in solidarity, as a first step in the prisoner solidarity struggle. Locally we have 2 of the EDO Decommissioner defendants still locked up on remand, 3 months after being arrested but still deprived of their freedom without a trial – they need our support!

Working alongside us is the ‘Letters I wish I’d written’ project‘, who dont have such an overt political focus, but provide help, advice and assistance with any tricky letters you may need to write. We provide the paper, pens & stamps tonight, so come along and provide the letter writing muscle. Hot drinks, and often snacks, are available to share.

A significant number of Bristolians travelled to London last week on 1 and 2 April for the anti-bank/anti-capitalist and climate camp protests. So far we are aware of 2 from Bristol who were arrested and are currently out on bail. A third person was present at the squatted convergence centre when it was raided by riot cops on 2 April just after midday. This person filmed the raid from inside the building. However when he refused to hand his camera over to the cops, he was isolated into a room with a number of cops, and forced to endure an hour or so of threats, being put in stress positions, and physical intimidation. 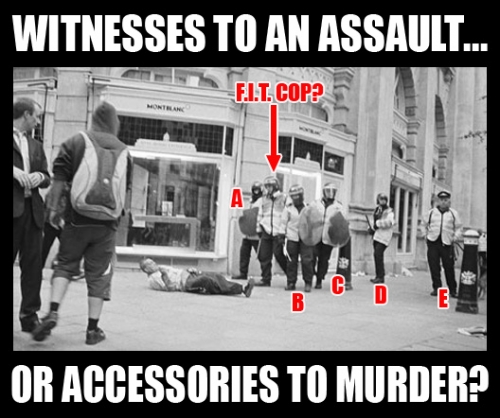 On the 2 April many Bristolians attending the memorial picket for Ian Tomlinson were stopped, searched and photographed as the police made dubious use of their powers under section 60, section 14 and section 50, along with so-called common law.

The reasons for the protests, and the media hysteria and police brutality that accompanied them, have been largely overshadowed by the tragic death of passer-by Ian Tomlinson. Those who were there know that the filmed assaults on him were in fact pretty normal behaviour for the cops over the 2 days, as was the continual false imprisonment of people by cops throughout the 2 days.

The initial lies of the cops, and the media, around the circumstances of Tomlinson’s death, are quickly being corrected. However we have no faith at all in any IPCC enquiry into his death, especially as it is currently being conducted by City of London cops – who were present when he was assaulted, and indeed active in the general police misbehaviour over the 2 days. Asking the state, or one of its agencies, to investigate an agency of the state (the cops), is as futile as asking the present government and financial sector to regulate the…financial sector. Just another whitewash in a long list of whitewashes and cover ups.

We stand side by side with all those standing up to the state, its judiciary and its cops, by whatever means people see fit. Solidarity with all those harassed, arrested and brutalised by the state.