‘Sounds of Scumbria’ is a cracking DIY fundraiser CD produced by SPAC (Scumbrian Pariahs Anarchist Collective). They’ve produced it off their own backs as a fundraiser for prisoner support, with proceeds coming from them to Bristol ABC to share out amongst prisoner support and solidarity projects. 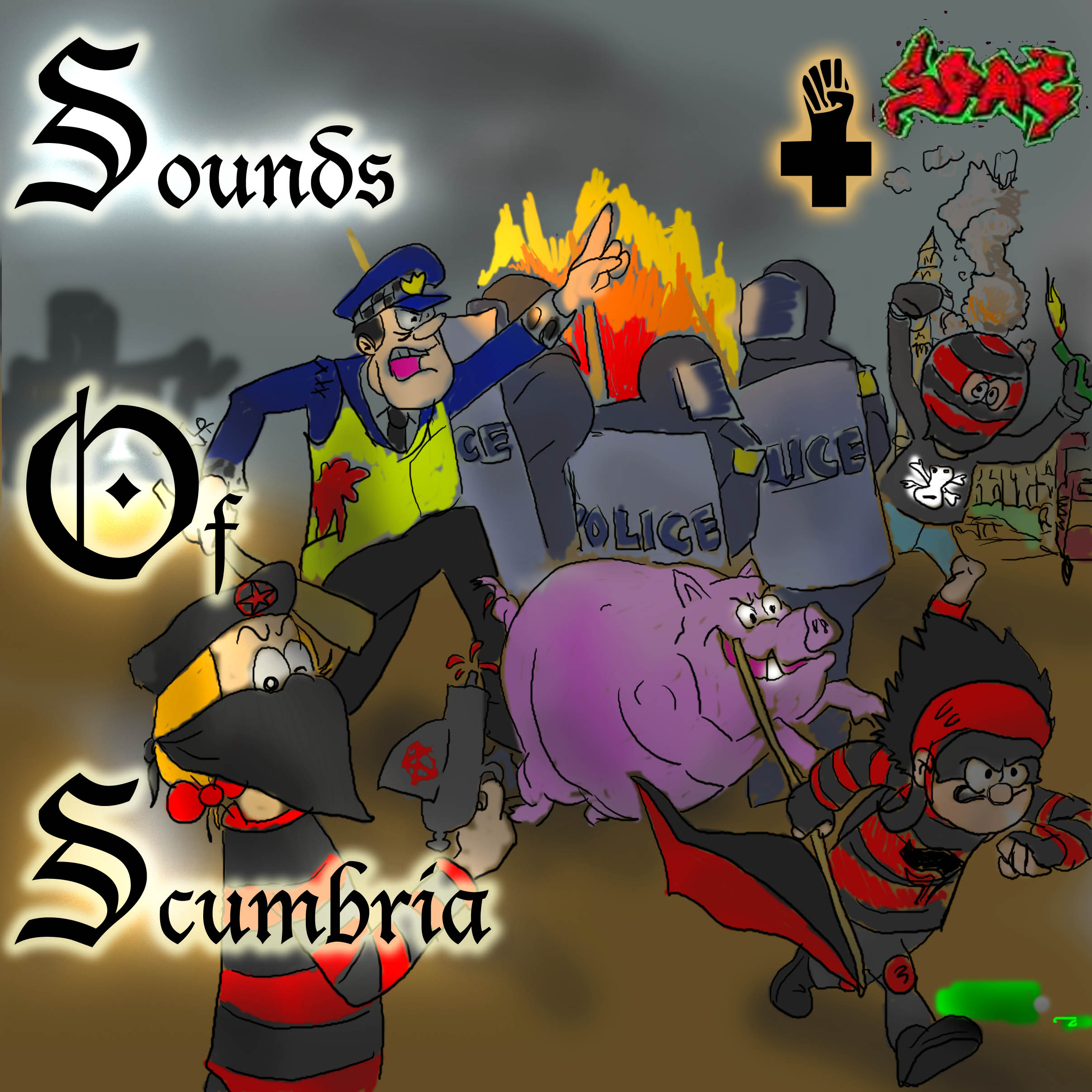 SPAC come from Scumbria, better known as South Cumbria. The CD features music from bands in their area, and from bands with a Scumbrian in their line up. The 25 songs include tracks by the likes of Skuff, UK Assassins, Electra Glide, Runt Hornet, Bag of Spanners, Poor Kids With Guns and much more, including (and better known in these parts) the magnificent Autonomads.

SPAC advise the CD costs them £1 each to put together – not bad for 75 minutes of classy tunes! So rush to get your copy by sending an SAE (with bubble wrap if possible), plus a £1, plus a donation to prisoner support, to: SPAC ABC Benefit, c/o 51 Dale Street, Ulverston, Cumbria LA12 9AR
There is more info from SPAC on Facebook.
Nice one!